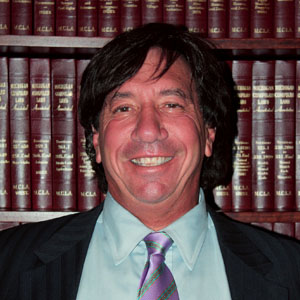 David N. Zacks, Partner, specializes in federal white-collar criminal defense and complex commercial litigation. He has considerable experience in transactional matters as they relate to the negotiation, sale, and document preparation of commercial transactions. Mr. Zacks also has extensive experience in the municipal liability field, as he has represented the City of Detroit in more than 50 of its most high profile liability and civil rights cases from the late 1990s through 2004.

Previous to his affiliation with I&G, Mr. Zacks served as lead trial counsel on behalf of the District of Columbia in a billion dollar taxpayer class action lawsuit. He has recently completed his tenure on the congressionally mandated Rules Advisory Committee for the United States Sixth Circuit Court of Appeals.

Mr. Zacks is a certified fraud examiner and Senior Counsel in both the American College of Barristers and the College of Master Advocates and Barristers. He is licensed to practice law in numerous Federal courts throughout the country, as well as the United States Sixth Circuit Court of Appeals and the United States Supreme Court. Currently, Mr. Zacks serves as a special assistant attorney general for the State of Michigan.